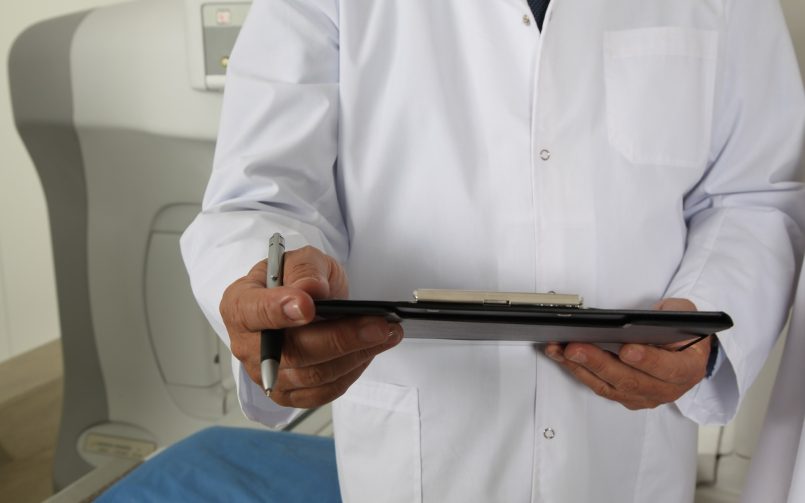 New guidelines for PSA determination at the American Congress of Urologists

The American Urological Association (AUA) issued new guidelines here during its 104th annual meeting. The new guidelines have … lowered the age for beginning prostate-specific antigen (PSA) screening to 40 years for relatively healthy well-informed men who want to be tested.

The new guidelines were announced by Peter R. Carroll, MD, professor of medicine and chair of the Department of Urology at the University of California, San Francisco, and chair of the AUA guidelines committee on PSA screening. In addition to lowering the age for PSA screening, Dr. Carroll said, „there is no longer a single cut point for risk. There is no patient for which there is no risk. Risk is a combination of PSA value, family history, biopsy results . . . and other risk factors for prostate cancer.“ „The third major change (in the updated guidlines) is a clear acknowledgement of the risk of overdetection and overtreatment. The 2 should be unlinked . . . . Active surveillance is now considered a treatment option.“

Dr. Carroll noted that „the new guidelines not only allow for earlier detection of more curable cancers, but also allow for more efficient, less frequent testing. . . . Evidence shows that the PSA test is more accurate in younger men.“ Men who wish to be screened for prostate cancer should have both a PSA test and a digital rectal exam, Dr. Carroll advised. A baseline PSA level above the median for age 40 is a strong predictor of prostate cancer. Factors such as overall health, family history, age, risk factors, comorbidities, the rate of change in PSA value over time (PSA velocity), and physical examination should all be considered when determining the risk for prostate cancer.

„The single most important message of this statement is that prostate cancer testing is an individual decision that patients of any age should make in conjunction with their physicians and urologists.“ Dr. Carroll said. „There is no single standard that applies to all men, nor should there be at this time, and the AUA does not recommend a single PSA threshold at which a biopsy should be obtained.

Prognostic information can be obtained by evaluating PSA kinetics, such as PSA velocity. Patients with a high preoperative PSA velocity, with increases of greater than 0.4 ng/mL per year, were 50% more likely to have significant disease.

Between 1992 and 2008, Dr. Loeb and colleagues evaluated 1073 men with a calculable PSA velocity and data on pathologic tumor volume who underwent radical prostatectomy. „We calculated the proportion of men who fulfilled the criteria for pathologically insignificant prostate cancer, stratifying by PSA velocity,“ she explained. Mean age was 62 years, median preoperative PSA was 4.3 ng/mL, clinical stage was T2 or greater in 21% of the cohort, and the biopsy Gleason score was 7 or greater in 21%.

„PSA velocity is one of those measures that is getting attention, but again, it should not be considered by itself,“ Dr. Carroll cautioned. „It is a predictor, but it doesn’t add independent risk information by itself. We look at this as a living document and will issue updates as they come along.“